Thomas Phifer approaches modernism from a humanistic standpoint, connecting the built environment to the natural world with a heightened sense of openness and community spirit that is based on a collaborative, interdisciplinary process. Since founding Thomas Phifer and Partners 1997, he has completed the North Carolina Museum of Art in Raleigh, North Carolina, the Raymond and the Susan Brochstein Pavilion at Rice University in Houston, Texas, and the Salt Point House, the Millbrook House and the Taghkanic House, all in the Hudson River Valley of New York State.

Ken Greenberg is an architect, urban designer, teacher, writer, former Director of Urban Design and Architecture for the City of Toronto and Principal of Greenberg Consultants. For over three decades he has played a pivotal role on public and private assignments in urban settings throughout North America and Europe, focusing on the rejuvenation of downtowns, waterfronts, neighborhoods and on campus master planning, regional growth management, and new community planning. Cities as diverse as Toronto, Hartford, Amsterdam, New York, Boston, Montréal, Washington DC, Paris, Detroit, Saint Paul and San Juan Puerto Rico have benefited from his advocacy and passion for restoring the vitality, relevance and sustainability of the public realm in urban life. In each city, with each project, his strategic, consensus-building approach has led to coordinated planning and a renewed focus on urban design. He is the recipient of the 2010 American Institute of Architects Thomas Jefferson Award for public design excellence and the author of Walking Home: the Life and Lessons of a City Builder published by Random House.

As Design Principal, Jay Siebenmorgen maintains the design direction of all projects that emerge from the New York office. He interacts with every project team within the studio, ensuring a consistent approach and design quality.

Jay is the recipient of numerous industry awards, including the Columbia University GSAPP Honor Award for Design Excellence and the Kansas State University Ten Year Alumni Honorary Award in Architecture. He has been invited to serve as special guest critic at Columbia, Princeton, MIT, Pratt, Parsons, the University of Wisconsin, the University of Kansas, Kansas State, and the Kansas City Art Institute, as well as for the 2011 AIA Houston Design Awards. Formerly he worked with Steven Holl Architects and Diller Scofidio + Renfro, and he is currently an Adjunct Assistant Professor of Architecture at Columbia University. 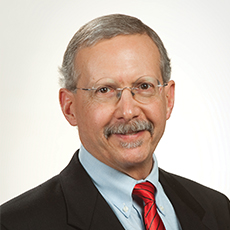 Professor Sachs served as the 2010-2013  Regnier Distinguished Faculty Chair. He will be presenting research on the Kansas City architecture firm, Abend - Singleton conducted during his term.
The Regnier Distinguished Faculty Chair was established by Victor A. Regnier, Robert D. Regnier and Catherine M. Regnier to honor their father, Victor L. Regnier.
The purpose of the endowment, which is administered through the Victor and Helen Family Foundation of Mission, is to recruit and retain faculty. Victor A. Regnier is a 1971 K-State graduate with degrees in architecture and architectural engineering. 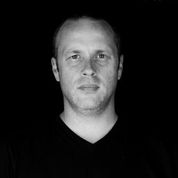 Since joining Gensler in 2006, Shawn has become the Principal and Design Director of Gensler Los Angeles' Multi-disciplinary studio, bringing design and technical expertise to a wide range of special projects. His diverse experience, including professional practice and teaching, has solidified him as an invaluable source on the application of emerging materials, technologies and new media within the practice. Responsible for establishing the design direction on a wide range of special projects, his recent work includes "CAPACITY_LA", "The Future of Office Work" with UCLA's CityLAB, Santa Monica College’s new Dance, Athletics and Wellness facility and the expansion and renovation of Loyola Marymount University’s School of Film and Television.

As co-director of numerous Gensler LA/Cal Poly studio collaborations, Shawn has led research driven studios focused on urbanism, futurism and emerging materials with Cal Poly's Department of Architecture including the Winter 2011 “Carless LA" Professional Studio, Winter 2012 “The Evolution of the Office Building “Professional Studio, which led to Gensler's winning entry into NAIOP's Office Building of the Future Competition, and the Fall 2011 “Material Research” Studio that resulted in the SLO_Gen Communal Table. In addition, Shawn is a regularly invited studio critic at the University of Southern California (USC), Woodbury University and the Southern California Institute of Architecture (SCI-Arc). 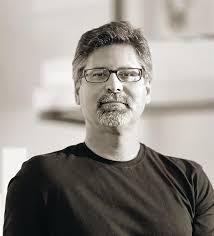 This lecture has been postponed

Jonathan Segal, FAIA harnesses a truly optimistic spirit in his urban residential work as both architect and developer. He has been quoted saying, "All great architecture should be beautiful and graceful but at the same time affordable and appreciated by all walks of life." It is with these principles that Segal’s company has been honored with numerous awards on local, state, and national levels for residential and urban design. Mostly infill projects, Segal’s work has in many cases forged pockets of life in unexpected places. The company has been responsible for the design and development of over 300 medium-to high-density urban properties, including residential, mixed use, and live/work units. It is quite clear that quality and quantity do not stand apart for Segal. As a result, he is regarded as one of the San Diego area’s most reputable and impactful residential architect/developer.

Javier Sanchez is an international renowned architect and developer based in Mexico City. He is the founding partner and lead designer of the architectural workshop of JSª. Javier Sanchez graduated as an architect with honors from the Universidad Nacional Autonoma de México (UNAM), Mexico and received his Masters degree in Sciences and Real Estate Development from Columbia University in New York. He is an Honorary Fellow of the American Institute of Architects and is currently a creator of the National System of Creators from the National Council for the Arts in Mexico and the curator of the Mexican Pavilion at the Biennial of Architecture in Venetia.

With more than 15 years of experience and up to 55 national and international awards, he obtained the Golden Lion for Urban Project in the 2006 Venice Architecture Biennale. In 2008 he was named Chief Curator for the Mexican Pavilion in the Venice Architectural Biennale.

He thinks of his projects as part of an urban acupuncture strategy to redefine the urban form with small, almost imperceptible movements, which create public space that interfaces and regenerates the urban tissue. His office has engaged in projects that include Patrimonial and Landmark buildings that understanding the importance of maintaining the essence of the buildings as well as adding to them strong contemporary architectural interventions to create a new dialogue between architectures.

Javier Sanchez is a docent in numerous symposiums around the world and is currently teaching in several important universities in the US, including the University of Texas in Arlington and in San Antonio, and the University of Washington.

SallyAugustin, PhD, is a practicing environmental psychologist and an internationally recognized expert on person-centered design and environmental psychology. She has consulted with major multi-national organizations to integrate important psychological considerations into the design of places and objects. As the editor of Research Design Connections, she has written widely on science-based design for a broad audience of design professionals. Her Research Design Connections blog is read by thousands of individuals each month. Dr. Augustin also holds leadership positions in professional organizations such as the International Association of Applied Psychology, the American Psychological Association, and the Environmental Design Research Association. In addition to speaking on person-centered design at major professional conferences in Europe, Asia, and North America, she has been interviewed on National Public Radio and VoiceAmerica radio programs. Sally is a graduate of Wellesley College (BA), Northwestern University (MBA), and Claremont Graduate University (PhD).