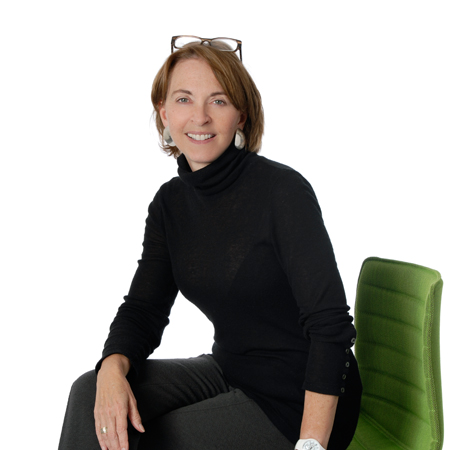 “What doors are open to you,
And how many do you want to choose!”

PamLight, FIIDA, LEED AP, a Senior Vice President with HOK, is an award-winning interior designer, furniture designer, lecturer and design advocate. Pam's experience includes space planning and design, strategic planning and programming, and sustainable design. Pam has been actively involved in the International Interior Design Association (IIDA) since 1982. In 2002, she was inducted into the IIDA College of Fellows, the highest honor bestowed by the association. In 2006, Pam was elected as their International President for the 2006-07 programming year. A constant advocate for sustainability in interior architecture, Pam is a member of HOK's Sustainability Task Force. Under her direction, projects such as the 550,000-square-foot Symantec Corporate Headquarters in Culver City achieved LEED Gold certification. Pam earned a Bachelor's Degree in interior/environmental design from Ball State University in Muncie, Indiana. She served on the Board of Directors of the Architectural Foundation of Los Angeles. She has also lectured on such topics as sustainability, productivity, CEO expectations, branding, and industry trends; and has been a featured speaker on NPR on topics such as productivity and the power of design. 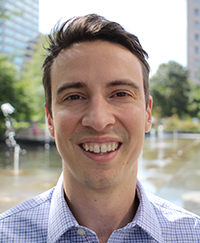 Title: 4D Planning in the Century of Complexity

In 2000, Steven Hawking stated that we are entering the “Century of Complexity”—acknowledging the opportunities of continued human achievement and the increasing threats to stability that are brought about by rapid change.  That these problems are likely to be addressed by people living and working in cities—in places that foster interaction among a variety of thinkers and problem-solvers—will heighten the importance of planning as the profession that can establish the necessary systems, networks, and places needed to foster human advancement.

Matt has a passion for identifying, visualizing, and helping communities act on opportunities to create great places, with an emphasis on urban redevelopment and new town centers. His focus has been in understanding the economic conditions (i.e., market and financial) and urban design qualities (such as public space and walkability) that result in vibrant, mixed-use communities. Increasingly, he has been involved in devising economic and community development strategies that complement real estate-based revitalization efforts. Matt has managed numerous projects, taking an approach that first emphasizes marketable ideas and concepts and then tests and supports those ideas with market and financial analysis. He is eager to understand ways in which the changing demographic landscape is shaping future opportunities, and how investments in people, places, and buildings can enable communities to evolve and achieve their potential as economically thriving and livable places 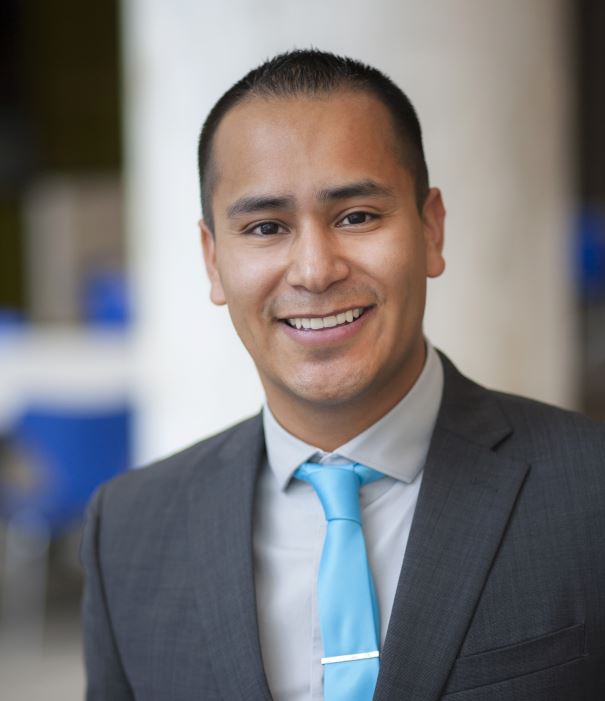 Clemente Jaquez, a native of Garden City, Kansas, is the design director for Hoefer Wysocki Architecture in Dallas, Texas. He graduated from K-State in 2008 with a master’s degree in architecture and has been recognized as an outstanding practitioner and community advocate. While at K-State, Jaquez was an active member of Mortar Board Senior Honor Society, National Organization of Minority Architecture Students and Phi Kappa Phi Honor Society, among other roles. He was also a Rhodes Scholar national finalist, K-State Alumni Association Anderson Senior Award recipient, president of Sigma Lambda Beta fraternity and the Sigma Tau Delta Architecture student of the year. 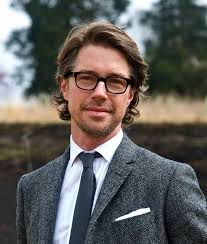 Thomas Woltz is the owner of Nelson Byrd Woltz Landscape Architects. He was named the Design Innovator of the Year by the Wall Street Journal Magazine in 2013. In 2011, he was invested into the American Society of Landscape Architects Council of Fellows, among the highest honors achieved in the profession.

During the past 19 years of practice, Woltz has forged a body of work that integrates the beauty and function of built form and craftsmanship with an understanding of complex biological systems and restoration ecology that has yielded hundreds of acres of reconstructed wetlands, reforested land, native meadows, and flourishing wildlife habitat. His design work infuses places where people live, work, and play with narratives of the land that inspire stewardship. Many of these projects focus on restoration of damaged ecological infrastructure within working farmland and create models of biodiversity and sustainable agriculture.

Woltz was educated at the University of Virginia in the fields of architecture, landscape architecture, fine art, and architectural history. He holds master's degrees in Landscape Architecture and Architecture. After working in Venice Italy and Paris France, he returned to the States to launch his career in landscape architecture. Current work includes projects at Hudson Yards (NYC), Memorial Park (Houston), Devonian Botanic Garden (Alberta, Canada), and Cornwall Park (Auckland, New Zealand). Woltz serves on the Boards of Directors of TCLF(The Cultural Landscape Foundation) and MAS (The Municipal Art Society of New York). 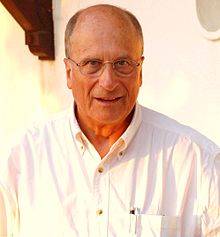 World-renowned Portuguese architect, Gonçalo Byrne, GCIH will present as part of the APDesign Distinguished Lecture Series at Kansas State University on November 9 at 5pm in the K-State Union Forum Hall. Byrne is responsible for a vast accomplishment of architectural work, and has been awarded with many national and international prizes. This lecture is free and open to the public.

In 2005 Byrne was awarded the title of Doctor Honoris Causa from the Lisbon Faculty of Architecture, Technical University of Lisbon, and was awarded the Grand Cross of the Order of Santiago da Espada by the President of the Portuguese Republic. Included in his diversified body of work, in terms of scale, theme and programme, the more relevant examples are the recent interventions in the Monastery of Alcobaça and its surrounding areas, the building for the Headquarters of the Government of the Province of Vlaams-Brabant in Leuven, Belgium, the Marine Traffic Control Tower for the Port of Lisbon Authority, the "Império" Quarter in the Chiado area of Lisbon, the Faro Theatre in the Algarve, and the National Museum Machado de Castro, in Coimbra, this latter project currently under construction.

Within the area of urban planning he carried out the Detailed Plans for the surrounding areas of the Ajuda National Palace, in Lisbon, for the Higher City University, in Coimbra, for the "Cava do Viriato" within the scope of the Polis Programme, in Viseu, as well as the Plan for the Town of Trancoso, this within the scope of the Programme for the Historical Villages of Portugal. He is currently developing relevant projects such as the Estoi Inn & Charm Hotel, in the Algarve, the Viseu Inn, the Estoril – Sol Building Complex, the "Jade" Building Complex in Lisbon, the New Central Laboratory for EPAL (Lisbon Water Distribution Company) and several single family villas in the Bom Sucesso Resort in Óbidos.

Matthew Knox, Architecture department head for APDesign said, “Portugal has an amazingly rich architectural herritage. Gonçalo has been a leader providing works of architecture and urban design that are inspiring. We are delighted to have him come to share this work with our stuents and those interested in the role of good design in shaping our lives.”

Founded more than 35 years ago as a memorial honoring Topeka architect and university alumnus Oscar Ekdahl, the Ekdahl Lectures bring practitioners, teachers, critics, theorists and artists to campus for interaction with students, faculty and alumni. The lecture series focuses on issues affecting the quality of the physical environment and the leadership roles played by the speakers. The purpose of the series is to inform and challenge as well as to reinforce and complement the educational programs of the College of Architecture, Planning & Design.

The APDesign Lecture Series is funded in part by the K-State fine arts fee with support from the Ekdahl family. 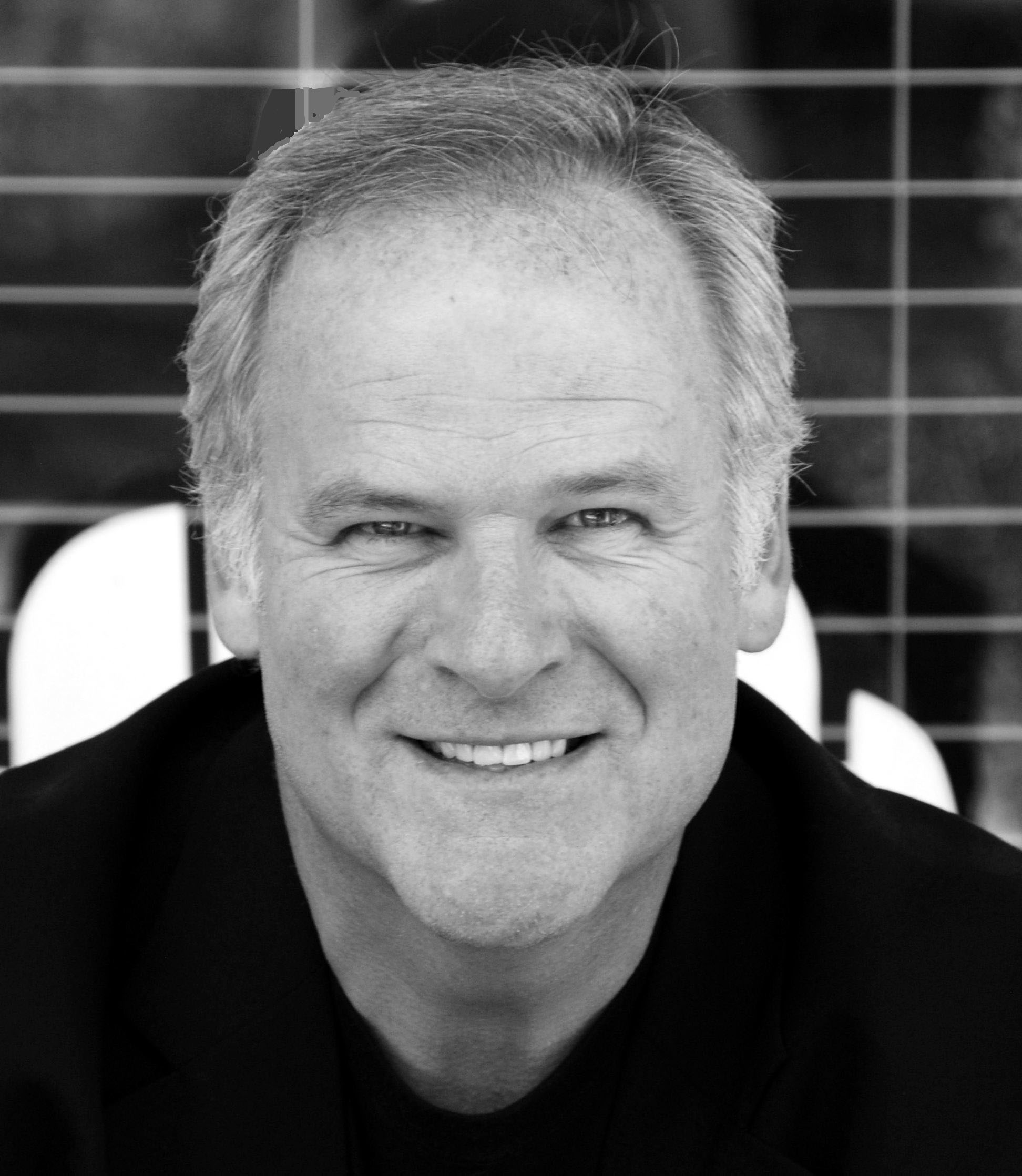 James Richards's work crosses many creative boundaries. He is a national award-winning designer, writer and illustrator whose work has creatively spanned town planning, urban design and landscape architecture for 30 years on projects in 16 states. He is a co-founder and principal of TOWNSCAPE Inc., and has led successful design initiatives for walkable downtowns, new town centers, transit-oriented developments, urban villages, corporate campuses, greenway networks, freeway corridors and heritage regions. As a concept designer, he is a spark plug for creative interdisciplinary teams, where his rapidly sketched ideas shape long range planning frameworks, developing project designs, computer animations and ultimately the built environment. In this role he has enjoyed creative collaborations with numerous national design firms.

Prior to 1994, Jim was a design principal and studio director for the national environmental planning and design firm of Johnson, Johnson and Roy Inc. (JJR), where he directed the planning and design of many the firm’s award-winning projects, including the Austin Town Lake Comprehensive Plan, the corporate headquarters campuses for Exxon Corporation and The JCPenney Company, and the LBJ Heartland Tourism Plan.

Jim is a member of American Society of Landscape Architects' Council of Fellows, one of the highest honors bestowed by ASLA, for the significant contributions he has made to the profession and the public through his works, design leadership and service. He is the 2008 recipient of ASLA’s Bradford Williams Medal for his writings on urban place-making and visual thinking. He has served on the professional advisory boards and as visiting lecturer and jury critic at numerous universities, and has designed and taught coursework at the graduate level. His projects and teaching are enriched by extensive travel, having studied and photographed cities and projects in 27 countries throughout North America, Europe and Asia.

Funding for this event was provided by The Provost’s Academic Excellence Program; additional sponsors include the Beach Museum of Art, Hale Library, and the Department of Landscape Architecture | Regional & Community Planning of APDesign.