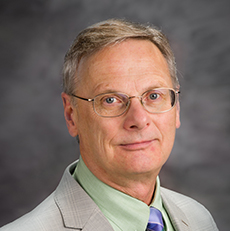 Wayne Michael “Mick” Charney is an associate professor of architecture at Kansas State University. When added to the years he had previously spent as an instructor in the departments of architecture at Louisiana State University and Kent State University, the total amount of time he has devoted to teaching architectural history and theory exceeds four decades. Charney received his Ph.D. in art history from Northwestern University. He had earlier earned both his B.Sc. and M.Arch. degrees from the University of Illinois at Urbana-Champaign where he graduated with highest honors. Since 1978 he has been teaching some version of a large introductory architectural history class along with numerous upper-level seminars that have usually focused on some aspect of modern architecture—including topics ranging from 20th-century European architecture to the architecture of Frank Lloyd Wright to the interrelationships between science and architecture to the genius of Leonardo da Vinci. Additionally, on six separate occasions, he has taught both field study classes and architectural design studios in semester-long study abroad programs in Tuscany.

Acknowledged for his teaching with numerous awards and citations, such as repeated nominations to Who’s Who among America’s Teachers, Charney was also the recipient of the Kansas State University Presidential Award for Outstanding Undergraduate Teaching and, in 2014, was named a K-State University Distinguished Teaching Scholar, a career-long designation. More recently, he was honored by the K-State Mortar Board Senior Honor Society with an Outstanding Faculty Award and, in 2020, he was inducted into the inaugural group of Ambassadors for the International Teaching and Learning Cooperative, a program that recognizes those faculty members whose exceptional teaching is informed by evidence-based pedagogies, innovative approaches and a willingness to mentor others. Charney is also an Honorary Walt Disney Imagineer.

His earliest scholarship efforts reattributed a long-lost work by Frank Lloyd Wright—the W. Irving Clark house—back to that world-famous architect after years of dispute among scholars about its authenticity. In the years since, Charney has written numerous articles and critiques on topics as varied as the London Crystal Palace, America’s first glass houses, the art of Gustave Doré, architectural capriccios, the career of Nathan Clifford Ricker (America’s first architecture graduate), diversity among architects, and Vietnam-era memorials. His pedagogical scholarship includes essays and conference papers with such provocative titles as “The End of Architectural History,” “Reclaiming the Lecture,” “Water, Water Everywhere: Charting New Courses for Architectural History,” “Call Me Ishmael: Confronting Irreligiosity in the College Classroom,” and “The Point of PowerPoint Is to Use All Its Power.” Still others of his essays and presentations with equally intriguing subjects include “Hamlet’s Blackberry,” “A Beautiful Mind: Critical Thinking in the Arts,” “There Is No ‘D’ in Stonehenge,” “Hint Fiction and Vivid Grammar,” “Decoding Disney,” and “Looking for Mr. Wright and Finding Him on Facebook.”

All told, Charney’s scholarship includes approximately 200 essays, book reviews and articles as well as papers, workshops, panel discussions, keynote addresses and other invited lectures delivered in venues that span the globe from Honolulu to Anchorage, from Vancouver to London, from Singapore to Germany. And through the years, in addition to consulting services he has provided to other historians, preservationists, architects, authors, editors, and publishers, Charney has served on dozens of university and departmental committees and task forces—including, most notably, 20 years of service on the advisory board of K-State’s Faculty Exchange for Teaching Excellence, Undergraduate General Education Council, Faculty Representative to Student Senate, and four terms on the K-State Faculty Senate. Moreover, he served for several years on the national education committee of the College Art Association, for 17 years as faculty advisor to the K-State chapter of Tau Sigma Delta Honor Society in Architecture and Allied Arts, and for a brief one-year stint as Acting Associate Head of the K-State Department of Architecture.