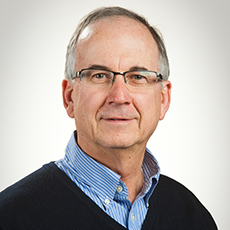 Don Watts studies Middle Eastern architecture, transformations of historic architecture and urbanism, and geometry in architecture. He has done extensive research and publications on the classical Roman city of Gerasa in Jerash, Jordan. In all, he has traveled to more than 30 countries to study noteworthy architecture. He also, with Kansas State professor Carol Martin Watts, maintains close ties with the Italian hill town Civita di Bagnoregio, where their second home has been a series of ongoing design projects.

Professor Watts is the author of more than 25 papers and eight lectures. He won the Kansas State Outstanding Undergraduate Teaching Award in 1998. He was a senior Fulbright Scholar in architecture in Jordan in 1981. He received a travel grant from the Royal Court of the Hashemite Kingdom of Jordan in 1986 to further his architectural research in Jordan.

Watts also has been instrumental in promoting the establishment of the College of Architecture, Planning and Design’s Italian Studies Program in Orvieto, Italy. He taught there in the spring semester of 2010. In 2006, Watts was a member of the Kansas State University assessment team for Kabul University’s Faculty of Engineering in Kabul, Afghanistan, under the sponsorship of the World Bank. He subsequently served as the architecture coordinator of the Kansas State – Kabul University Engineering Partnership. He returned to Kabul University in summer 2008 to teach alongside Afghan colleagues and to advise on departmental administrative structure.