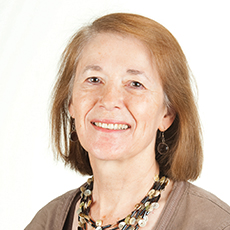 My education has been eclectic. Beginning at Georgetown University in the School of Languages & Linguistics, I received a BS in Languages with a major in French and a minor in Chinese. (It wasn’t until 35 years later that I made a long-anticipated visit to China to study gardens.) I couldn’t picture myself working as a bi-lingual secretary the rest of my life, so without knowing much about Landscape Architecture I applied to the University of Virginia’s MLA program and spent the next three years of my life at the campus designed by Thomas Jefferson, with one summer in Vicenza studying Palladian villas. After graduation, I worked for an engineering and planning firm in Washington, DC, but soon became bored with writing EISs and decided to have a nine-month adventure in Kansas teaching at Kansas State University. I taught two studios a semester in PDP (the old ENVD), and exhausted with that after three years, applied to the University of Pennsylvania for a Ph.D. in Architecture. I declared my field of specialization in History & Theory of Landscape Architecture and discovered A. J. Downing, a 19th-century landscape gardener. My dissertation became To Live in the New World: A. J. Downing and American Landscape Gardening (MIT Press, 1997). My Kansas adventure was not over. I moved back to Kansas, married, and in 1988 began a long commute to teach at the University of Kansas where I remained for 23 years, teaching basic design studios, site planning, and an occasional course in landscape history (to architects). I was welcomed back to KSU in 2011, where I happily reside as a Professor in the Landscape Architecture Department, where I teach an ENVD studio and co-teach the History & Theory of Landscape Architecture. Above all, I consider myself a historian and have published and lectured extensively on 19th-century American landscape architecture. The University of Virginia Press will be publishing my second book in 2013: The Evolution of a Landscape Critic in the Gilded Age: Mariana Griswold Van Rensselaer.