DreamSpark is a Microsoft Program that supports technical education by providing access to Microsoft software for learning, teaching and research purposes.

DreamSpark is simple: it's all about giving students Microsoft professional-level developer and designer tools at no cost so that students can chase their dreams and create the next big breakthrough in technology - or just get a head start on their career.

DreamSpark helps educators teach the latest technologies and experiment in research. Microsoft knows that to make learning more motivating, relevant, and engaging for today's students requires a diverse set of resources. DreamSpark gives educators the resources to ensure their classrooms always have the latest technologies to challenges, motivate, and keep students engaged in new ways.

DreamSpark is also a subscription for Academic Institutions: it provides a cost-effective way to put Microsoft developer tools, platforms and servers in labs and classrooms, and on their students’ and faculty’s computers for learning and research purposes. It reduces lab costs and teaching budgets.

Where can I get DreamSpark software?

The list actually contains almost all Microsoft software, and the majority of products are available in all existing editions and languages. Notable exceptions are:

Desktop Windows (non-server) are not available in all editions (e.g. Ultimate edition).

From the Office suite, only Access, Visio, Project, OneNote and Groove are available, while Word, Excel, PowerPoint and Outlook aren't.

*APDesign would like to welcome Danna Voegeli to the team as the APDPro coordinator!

Aerosol or Propellant Based Products in Seaton Hall are Now Prohibited

From this point forward, the use and possession of spray paints, fixatives or other aerosol or propellant based products in Seaton Hall is prohibited. Any student found with, or using such products will be reported to the Office of Student Services and to the Kansas State University with the following exception. A student needing to use the aforementioned materials in executing a project may do so ONLY in the presence of shop personnel at the spray stations located in the College and IAPD shops. In this case, students should bring any spray materials, labeled with their name to shop personnel immediately upon arrival to campus. The personnel will hold your materials for you until needed for use, and in turn, until you are ready to remove them from campus.

This unfortunate prohibition results, as so often happens in communities large and small, from the callus and selfish actions of a few individuals seemingly lacking a sense of propriety. To be frank, these individuals are not worthy of holding the same degrees and professional credentials as the rest of our community minded students and alumni.

Please plan to attend this faculty/staff meeting. I will last one hour and will be held in 106C Seaton Hall. 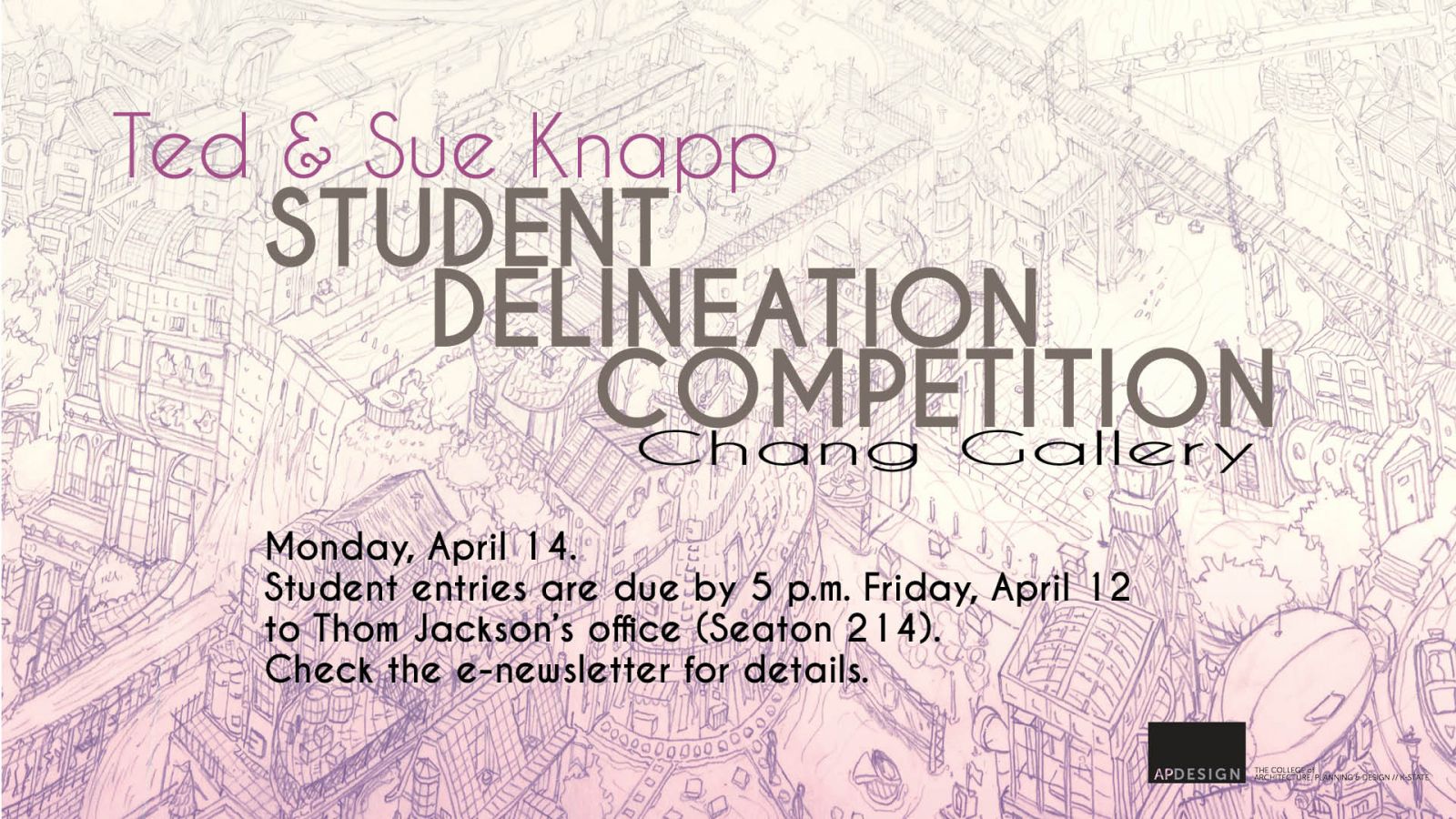 As you are well aware, last week was a major milestone in the history of APDesign. Thursday, four incredible design teams presented their qualifications to lead the process of reworking Seaton Hall into a 21st Century nexus of design and planning teaching, research and service. I am both thankful and proud of the showing made by our students, faculty, staff and alumni. Each session had approximately 200 in attendance, providing us with very useful feedback through completed questionnaires and commentary.

I am also very appreciative of the following persons who served on the committee charged with advising us on the selection process; Associate Deans Ewanow and Ornelas; Department Heads Ankerson, Knox and Rolley; Faculty representatives Belanger, Richter-O’Connell and Streeter; APDesign Director of Development Damon Fairchild, Dean’s Student Advisory Council President Richard Prudenti, and Dean’s Advisory Council representative Edward Thompson. Many thanks as well to Communications and Events Coordinator Thom Jackson and Brianna Sprague for their efforts in setting up the public forum at the Alumni Center and tabulating the attendees’ responses.

When I was hired five years ago, President Schulz charged me to do something about our facilities. The following year I queried the Deans Advisory Council as to the best way to proceed in order to build the greatest buy-in for the project even as identifying the design team for a design college is not an easy task. The DAC, to their wisdom made two important recommendations; 1) Make the process as open and transparent as possible and, 2) employ the most qualified team, regardless of their institutional ties and geography. We have adhered to these recommendations in selecting professionals for both programming phase and design phases of the process.

Following our Thursday presentations, each team presented to a ‘negotiating committee’ in Topeka as specified by State of Kansas statute for projects involving state funding. The negotiating committee is comprised of the Kansas Board of Regents Architect, an architect from the Office of Facilities Planning and Management and the Vice President of Facilities for Kansas State University. I was in attendance for each team’s subsequent presentation as an observer, and remained for the committee’s deliberations where I was asked to summarize the rankings and comments from Thursday’s questionnaires. I am very appreciative of the committee for giving me the opportunity to convey the collective discernments of our college.

At all levels of the process, the same team, based on their qualifications, structure and composition in alignment with our aspirations, emerged as the top choice to lead us forward on this project. In this regard, the process served us very well, eliminating any ambiguity in who to work with. Although each team had superb qualities, the final selection was clear-cut!

I am very pleased to inform you that we will be working with ‘BNIM/Ennead/Confluence (hereafter referred to as ‘The Team’ for sake of brevity) as we move forward on our project. In addition to the lead firms, The Team has a number of consultants to be deployed in addressing particular programmatic and systemic issues imbedded in our project as well as experts addressing budgeting and sequential issues. Additionally, the delivery method of the project is yet to be determined but the possibility of some form of construction management structure is being considered give the complexity of our site and the need for us to continue to provide a great educational experience throughout the construction project.

I have spoken with members of The Team and can tell you they are overjoyed with the prospect of working with us. Following contract negotiations, we will work with The Team to construct a process involving the greatest number of shareholders possible. In this regard, the process will be much more open and participatory than was possible during the accelerated programming phase. Based on the attendance at our public presentations there will be no shortage of willing participants!

Again, thank you all for helping us move forward on our project. These are exciting times and I hope each and every one of you is pleased to play a part in shaping our future. I know I am!

K-State Libraries’ Interlibrary Services is initiating a trial service of delivering interlibrary loans to branch libraries.  Starting immediately and throughout the summer users will have the choice of having their loans delivered to Weigel, Fiedler or Math/Physics Libraries.

This is only possible if the user replies to the ILL loan email notification requesting branch delivery.  Patrons cannot request branch delivery with a note on their initial ILL request.  The default location is pick-up at the Hale Library Help Desk.

The interlibrary loan will be sent through campus mail for library branch delivery in the afternoon.  This service will likely add a day or two to the pick-up.  Interlibrary Services staff will respond to the patron with an estimated pick-up date.

Weigel Library staff will send the patron an email when the material is ready for pick-up in Weigel.  When the loan is returned to the branch library, it will be checked in, and returned to Hale Interlibrary Services through campus mail.

to all Weigel Library patrons who completed the LibQUAL 2014 survey for K-State Libraries.  At the close of the survey Weigel Library had 81 respondents or 4.19% of the total number of University participants.

to Benjamin Chmiel, RCP 5th year, winner of one of the two Apple iPad Minis just for completing the survey!

K-State landscape architecture was featured in the Sunday edition of two newspapers on April 6: 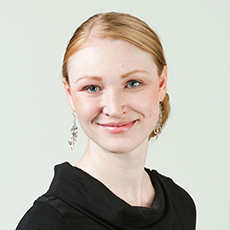 Assistant Professor Jessica Canfield's entry in the International Garden Festival was the focus of a full page article in The Manhattan Mercury.

Poetics of the Konza Prairie, Year One

Jon Hunt, Mary K. Jarvis Scholar of Distinction, 2013-2014 presents exhibition in Chang Gallery from March 24 to April 11. This is the last week, so check it out!