Work by students from Kansas State University's College of Architecture, Planning & Design, or APDesign, for the annual Ted and Sue Knapp Delineation Competition is on display in the Chang Gallery at Seaton Hall through Friday, May 2. The gallery is open from 8 a.m. to 5 p.m. weekdays.

The annual completion was open to all students at APDesign, including those in the articulated program at the University of Missouri, Kansas City. It is sponsored by Ted Knapp, a 1964 Kansas State University architecture alumnus, and his wife Sue. Competition awards include $2,000 for best in show-first place and $1,000 for best in show-second place. First place in each competition category earns $250, while honorable mention earns $100.

Winning entries by APDesign students include: 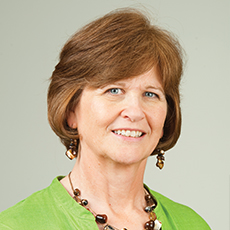 APDesign’s interior architecture & product design Department Head, Katherine Ankerson, has been elected as the newest president for the Interior Design Educators Council, Inc. (IDEC). Professor Ankerson will be the thirty-second president to preside over IDEC and the first from Kansas State University.

Founded in 1962, IDEC is a North American organization dedicated to the development and improvement of interior design education. Their mission is one of advancing interior design education, scholarship and service. With a strong and active member base, IDEC is also home to the Journal of Interior Design, a scholarly, refereed publication dedicated to scholarly inquiry related to issues representing the entire spectrum of design of the interior environment.

Professor Ankerson is completing her third year as interior architecture & product design’s department head and has spent 2013-2014 as IDEC’s president-elect. She arrived at Kansas State from the University of Nebraska-Lincoln where she was an Associate Dean and Professor. Before that, Ankerson also held academic positions at Radford University and Washington State University after spending many years as a practicing architect and designer.

A strong proponent of design education, Ankerson believes in the potency of interdisciplinary and cross-disciplinary engagement, the value of design + making, and embracing new technologies in addition to strengthening traditional design tools. She understands that design education today must prepare global design citizens who foster synergy, embrace successful collaboration, and recognize interconnectedness; with an awareness of the responsibility of individual and collective actions in personal, social, and environmental arenas.

Ankerson is an active author and has written multiple books published by Fairchild Books. Her book Illustrated Codes of Designers: Residential received the 2013 Interior Design Educators Council's Book Award. She was the lead of the 20th Anniversary Nuckolls Lighting Grant activity harnessing nine other educators representing four major universities to initiate and produce the web-based resource    Lighting Across the [Design] Curriculumincluding a series of seven interactive modules. This resource was awarded the 2013 IDEC Media Award.

Professor Ankerson will officially take over as IDEC president May 1, 2014.

Ankerson to present at 2014 Kansas

Kathy Ankerson, department head of interior architecture and product design, is a presenter for the 2014 Kansas Innovation Summit April 25 in Independence, Kan.

The summit is from 8 a.m. to 4:30 p.m. at Independence Community College West, 2615 W. Main, Independence, Kan. There is a discount rate for students, faculty and staff registration.

Ankerson will present "Design + Make: Process and Product Intertwined" about the intersection between creativity, design and collaboration in generating competitive advantage. She also will share how she and her colleagues are cultivating skills in tomorrow's designers.

Ankerson's synopsis of the presentation: Design education today must prepare global design citizens who foster synergy, embrace successful collaboration, and recognize interconnectedness; with an awareness of the responsibility of individual and collective actions in personal, social, and environmental arenas; and, with the critical collaborative leadership skills to serve them throughout their careers. In an increasingly complex world, designers today and into the future must possess a variety of abilities and the confidence for an intentionally rigorous pursuit of design quality. We are faced with preparing emerging professionals who are poised to recognize and address challenges in creative ways; who embrace change and are change agents; who are leaders infused with both the confidence that comes from embedded and discovered knowledge as well as the wisdom to apply it; who are prepared and fluent in both traditional and digital processes; and who are passionate proponents of the impact of design. As well, we are preparing learners who will examine, question, explore, articulate, and create; who embrace design thinking in all aspects of life.

Three very highly regarded professionals, David Schwartz (DC), Joel Sanders (NYC) and Cary Bernstein (SF), composed the jury. “This is very impressive, a vast majority of the competition is completed strictly by professionals” said Dean de Noble. The project is the result of a two-­year collaboration between the Girl Scouts, the architect and a graduate level design build studio taught by the architects at Kansas State University. The Shower Facility centralizes bathing facilities for a number of campgrounds within Camp Daisy.

Quality of light, good air movement, durable material selection and protection from the elements were primary concerns. The facility is intended to help establish a positive connection between the outdoors and young girls and women. The focus of the submission is the Shower Facility but other projects include a cabin prototype and ongoing facility master planning for this and the other four camps in the region. 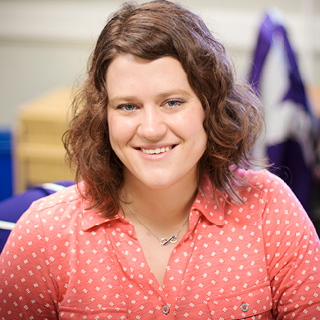 APDesign welcomes Danna Voegeli as the coordinator of APDPro. Danna graduated in 2007 with an electronic journalism and public relations degree from Kansas State University. Voegeli has experience in event planning, project development and marketing, spending time in Wichita and Kansas City after graduation. One of her projects is developing a professional mentorship program.

Voegeli is married to a former K-State football player, and claims to be a bigger sports fanatic than he is. “It feels good to be on campus again. For whatever reason Kansas City just felt temporary. Manhattan feels more like a permanent home.”

Leadership Activity Reflections are due to Danna Voegeli (dvoegeli@ksu.edu) on Thursday, May 1, by 5 p.m.

A new program that will be offered is a “Summer Bridge Studio”, beginning in the summer of 2014. This studio is designed to prepare qualified transfer students to enter the second year of the professional programs in Architecture, Interior Architecture & Product Design or Landscape Architecture. Students who successfully complete this studio will be able to potentially reduce the length of time required to complete the degree by one year. Assistant Professor Jon Hunt will teach the Summer Bridge Studio.

Please plan to attend this faculty/staff meeting. I will last one hour and will be held in 106C Seaton Hall.