(Click above for larger photos of the Alumni Honorees)

Jani and Headly hope that their research may help develop spatial synergy in any given environment. As explained in their artist statement, “Architecture of any given country expresses social, cultural, political, economical and spiritual ideas of its people.”

Be sure to stop in and congratulations to Professor Jani and Headly for all their hard work. 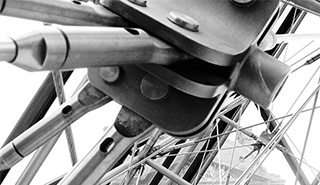 The Thomas A. Tyler and Answers Inc. APDesign Architectural and Environmental Student Photography Competition will take place this November for the December 2 Chang Gallery exhibition. In this competition, a jury of professionals, with five categories of competition, judges photos: black & white, landscape, exterior architecture, interiors & architectural details, and other subject matter.

Entries are due to the Dean’s Office (115 Seaton Hall) by 5 p.m. November 22. All entries must be framed and accompanied by the attached form. <Click here to download submission form>

Photo Lab to Open; Training To be held Tues Nov. 12

The APDesign Photo Lab will be open to all students and Faculty. You must attend a training session before you can reserve the room. The first batch of trainings will be held on Tuesday, November 12 at 9:00am, 10:00am and 11:00am.  Please RSVP to apdav@ksu.edu and list your name and the time you will be attending. 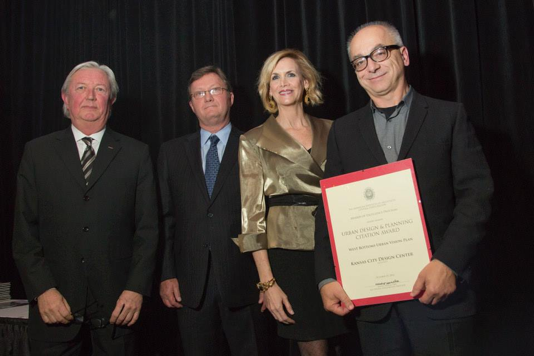 MANHATTAN –During the Central States chapter of the American Institute of Architect’s (AIA) award ceremony on Oct. 24-25, the 2010-2011 KCDC studios’ West Bottoms Urban Vision Study were honored with a Citation Award.

The Citation Award earned by this project further exemplifies the accomplishment, adding to a list of awards already received. AIA Central States is made up of five states: KS, OK, IA, NE, MO, with the location of the annual awards conference rotating each year. This year, the award ceremony took place in Oklahoma City, OK.

KCDC’s project embodied a comprehensive urban vision proposal for the West Bottoms area of Kansas City. Although a point of origin for the city, this area has been subsequently abandoned as the city moved to the higher ground away from the flood plain leading to its transformation into industrial zone characterized by a remarkable historic building stock.

Urban Vision Study’s purpose was to reorganize the fragmented urban fabric into a coherent whole, and reconnect and integrate the entire West Bottoms area into a larger urban context of two different city municipalities whose respective city core boundaries abut in it.

The project consisted of a series of ‘critical interventions’ aimed at instigating catalytic change: reconnecting city to the river and its geography, rethinking and repurposing pervasive infrastructural space, and bio remediating and reclaiming contaminated land. Ultimately the project creates an alternative - ‘tactical’ - urban design redevelopment model that builds on and enhances original identity of the place while drawing out new, more vigorous, typologies of urban space, form and order inherent in it.