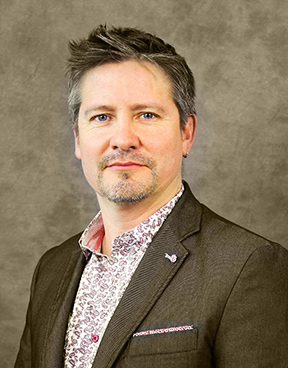 Associate Professor Nathan Howe is a graduate of Kansas State University with a Bachelor of Architecture and holds a Master of Architecture from the University of Texas at Austin. Howe came to Kansas State University after stints of teaching at the University of Nebraska and assisting in design studios at the University of Texas at Austin. He joined the College of Architecture, Planning and Design (APDesign) in 2005 with the department of Architecture where he was tenured in 2014. During his time teaching Howe built a body of research examining how emergent technologies and parametric modeling can transform the design process. He continues building his research on design communication/representation and contemporary form types. His work has been exhibited nationally and internationally. His K-State team’s proposal Fluidscape won the international competition for the Seger Park water scape in Philadelphia, PA. In 2017 Howe became the Department Head of Interior Architecture & Product Design (IAPD) for APDesign. This shift has afforded him new perspective on the meaning and relevance of design within a broader context of furniture and industrial design.