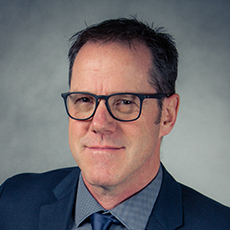 Matthew (Matt) Knox joined the faculty in the Department of Architecture in 1990. Born in Vero Beach Florida, he grew up in Shawnee, Kansas. He became a second generation K-Stater receiving his Bachelor of Architecture. In his fourth year of studio he spent the spring studying in Aarhus, Denmark. After graduating from K-state, he worked for the internationally recognized and award winning firm now known as BNIM Architects in Kansas City. As a project designer he worked on a range of projects including the City Hall building for Westwood, KS, the award winning Dodson residence, and the addition to the Kansas City Convention Center. He received his Master of Architecture from the University of Virginia after studying under Tod Williams.

As a licensed architect, Knox is a member of the American Institute of Architects and sits on the Kansas AIA Board of Directors. His design interest is a search for arriving at the simplest solution economizing both form and material, while integrating architecture and landscape.

Knox’s teaching at K-State has focused on upper level design studio, including being the first faculty member to teach in the college’s Italian Studies program. His students have won numerous local, regional and national design awards. He has been an invited critic at the regional and national level. He has taught a variety of theory seminars and the Building Construction Systems in Architecture course. Since 2000 he has taught digital courses at fundamental and advanced levels. His main interest and research lies in utilizing film theory and digital visual effects in architectural films and animations. He has presented and published this work at national conferences and regional workshops. His passion is learning new software and techniques to help his students communicate their ideas through his Digital Visual Effects in Architecture seminar.

Since becoming department head in 2012, his attention has focused on building on the departmental strengths and providing students unique opportunities that enhance their education as architects. By creating connections between practice and education, the core strength of K-State architecture—students being able to create buildings that are thoughtful and buildable—has become a model of professional education. Student opportunities have expanded to include design make and service learning projects.

When he is not exploring ways to make K-State architecture even better, Knox likes to run marathons (25 so far), fly giant scale radio control airplanes, follow formula 1 racing, learn to be a better photographer, and master the game of golf for at least one hole. He and his wife Diana Knox, have a son and daughter who are now third-generation K-State graduates.